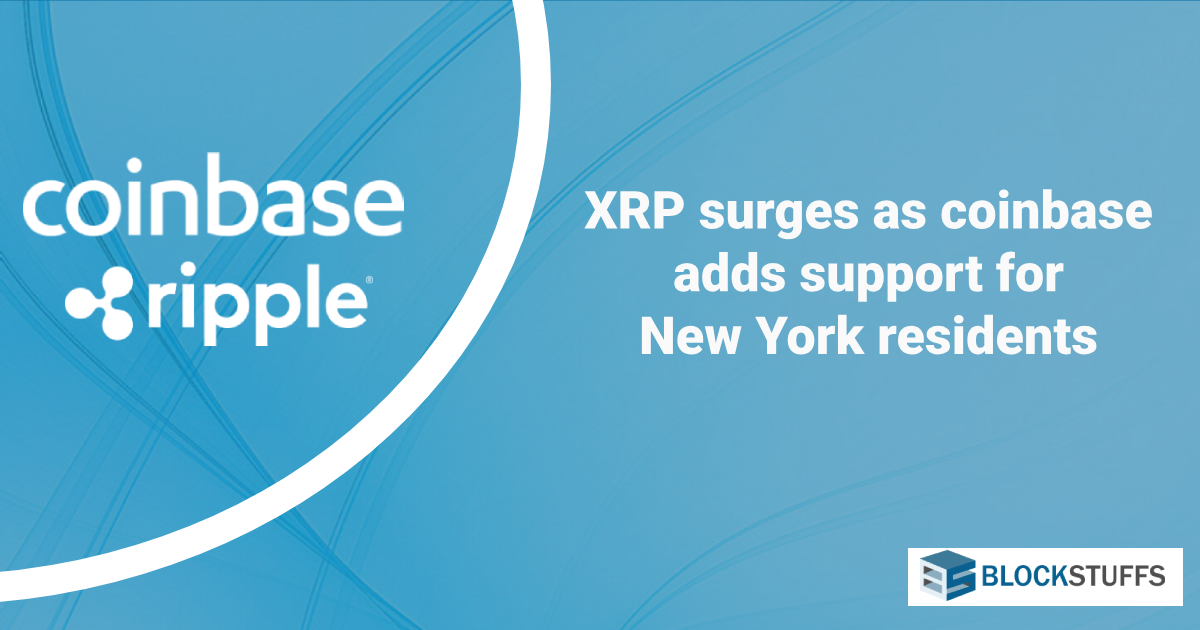 The news was shared as a tweet which announced that New Yorkers could buy, sell, convert, send, receive or store XRP on platform’s website, Coinbase.com. Users can also use iOS and Android mobile apps to trade XRP.

After the announcement, the price of XRP has jumped over 20 percent and risen to $0.403.

Initially Coinbase made a decision to list XRP in February this year. Since then, the exchange has added support for XRP for its retails platform whereby, the residents of the UK and New York were excluded.

Previously, Coinbase announced it will be supporting 30 assets on the custody platform among which 20 would be added within the first few months of 2019.

Many altcoins are profiting from Bitcoin’s current bull-run of Bitcoin which is currently hovering around $8000. XRP also got to witness the surge of the recent crypto market.

Whether it's coinbase listing XRP or Bitcoin’s soar, the price of XRP has increased.

What do you think is the reason? Drop your comments.