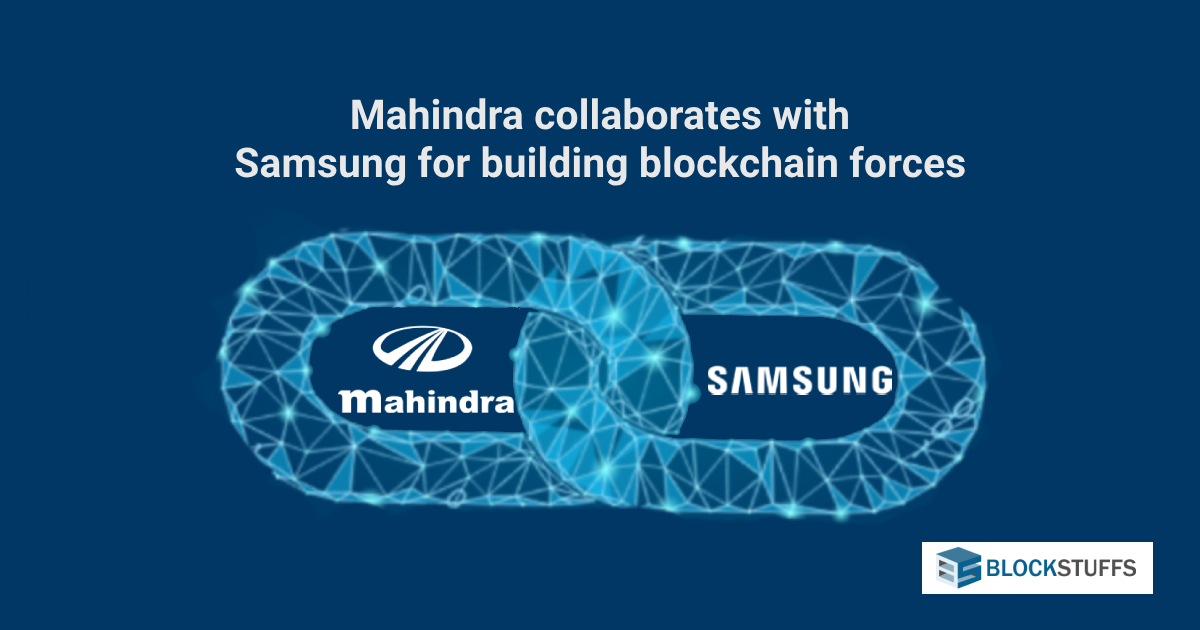 Samsung SDS has recently agreed with Indian automobile and IT giant Tech Mahindra in an attempt to enter the overseas blockchain market, according to the Korea Times.

Samsung SDS, founded as the ICT arm of the Samsung Group and the systems integration arm of Korean tech behemoth Samsung, plans to expand the blockchain in blockchain market in  Nexledger blockchain platform in India, Europe, and the United States

As per the agreement, the two companies will seek more business opportunities in different regions. Initially, Samsung SDS will cooperate with Tech Mahindra to expand the usage of the Nexledger platform overseas.

Nexledger, a blockchain security platform is particularly being used in finance, manufacturing, logistics and other public areas. It was launched in 2017 and designed to boost the transaction speed and combine various customized features used on open source blockchains services such as IBM's business blockchain framework Hyperledger Fabric or Ethereum.

Mahindra has reportedly trained 70% of its employees to deal with new technologies, which includes blockchain, Artificial intelligence, Internet of Things and cybersecurity in March.

Previously, Mahindra used IBM blockchain technology to create a solution for discounting invoices between its auto division and suppliers. It is also reported that the company is exploring the use of blockchain to track parts and improve auto recalls.