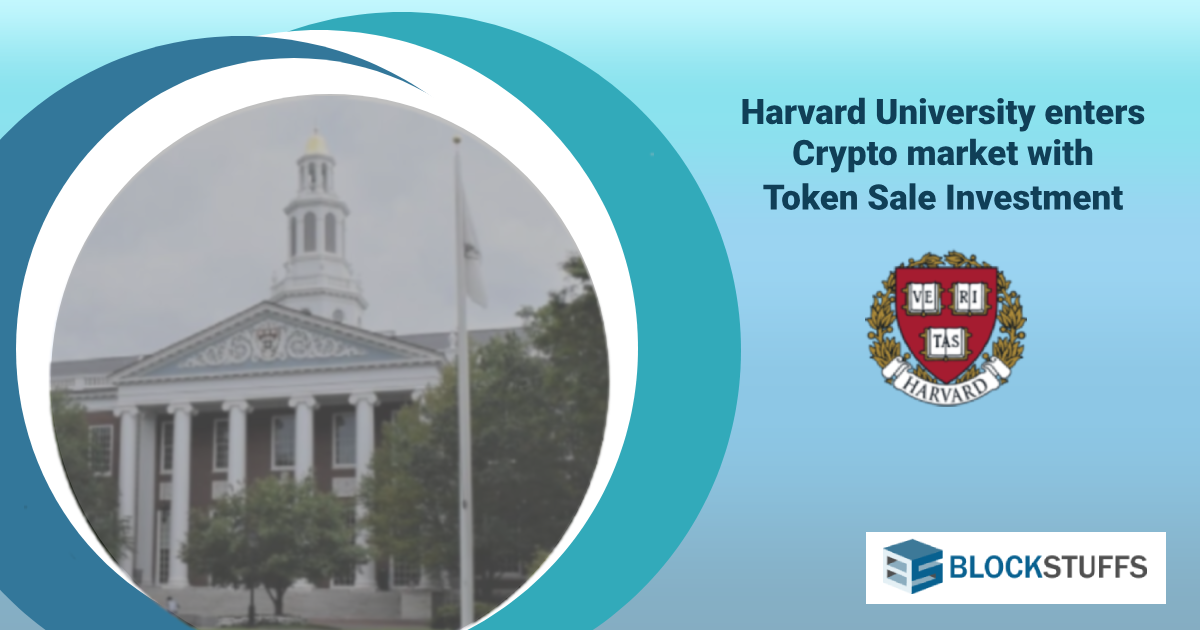 According to the U.S. Securities and Exchange Commission (SEC) filing, Harvard University’s endowment has directly invested into Blockstack’s token sale.

Blockstack, a US-based blockchain software provider, named  Harvard Management Company (HMC) a member of the token advisory board while applying to US Securities and Exchange Commission (SEC).  With the filing, Blockstack is hoping to bring $50 million to their company.

Blockstack Token LLC expects to be involved in the sale of 295 million Stacks tokens.

HMC, the university’s endowment is the largest academic endowment in the world.

Muneeb Ali, the CEO of Blockstack, wrote in his twitter,

“Upon approval, the offering is expected to be the first SEC-qualified token offering of its kind. The net proceeds of the offering will be used to accelerate the development of the Blockstack decentralized computing network and app ecosystem”

To our knowledge, Blockstack’s offering will support the development of its decentralized computing network, which will use digital currency.

Many people have even criticized Havard for getting into crypto instead of using the capital for students’ benefits in terms of scholarships and modernizing facilities.

What do you think? Do you agree on the criticism? Drop your comments below.