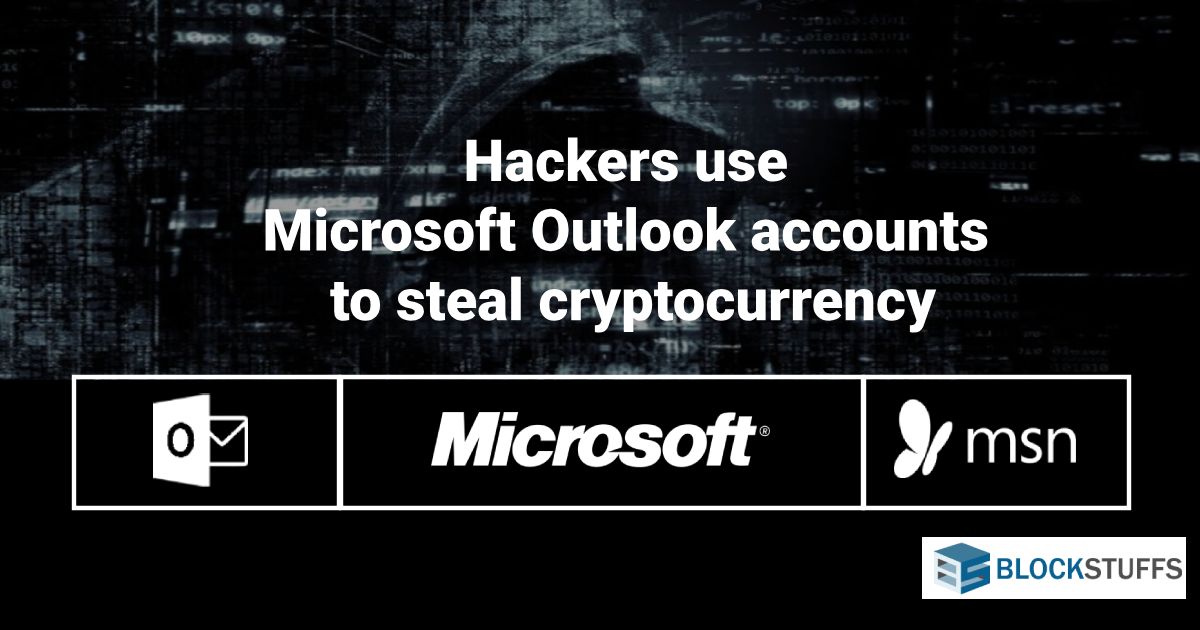 Microsoft email services have reportedly been used to steal the cryptocurrency from the user’s fund.

According to Motherboard, hackers gained access to one of Microsoft employee’s account in the recent weeks after which they were able to access the non-corporate email accounts including Hotmail and MSN.

Earlier this month, there were different news that addressed Microsoft’s Outlook accounts being breached. Motherboard now confirms that the hackers were not only able to access the Outlook users’ email metadata but also the content associated with the email.

The breach was confirmed by Microsoft to TechCrunch, a leading online magazine.

This might be shocking to hear that hackers accessed those accounts for almost three months without being detected.

Motherboard further confirmed, since the attack, multiple users have reported having their cryptocurrency stolen.

Jevon Ritmeester, one of the victim, posted on Tweakers forum claimed that  Kraken cryptocurrency exchange account had been hacked where he lost 1 Bitcoin (worth about $5,260 at press time) .

He further said that the hackers used his inbox to reset the password from his Kraken account and withdrew Bitcoins from it.

He even showed the email notification he received from Microsoft as a confirmation that hackers had set up email forwarding settings in his account.

Ritmeester isn't the only person whose cryptocurrency was hacked during Microsoft breach, several users on Reddit and other forums are complaining the same issues.

“I feel Microsoft is trying to cover up and is not taking this seriously.”

Shinratechlabs, a Reddit user wrote that his account was hacked and he lost 25,000 in crypto, without clearly mentioning the currency.

However, regarding the cryptocurrency theft, Microsoft hasn't confirmed the issue yet.