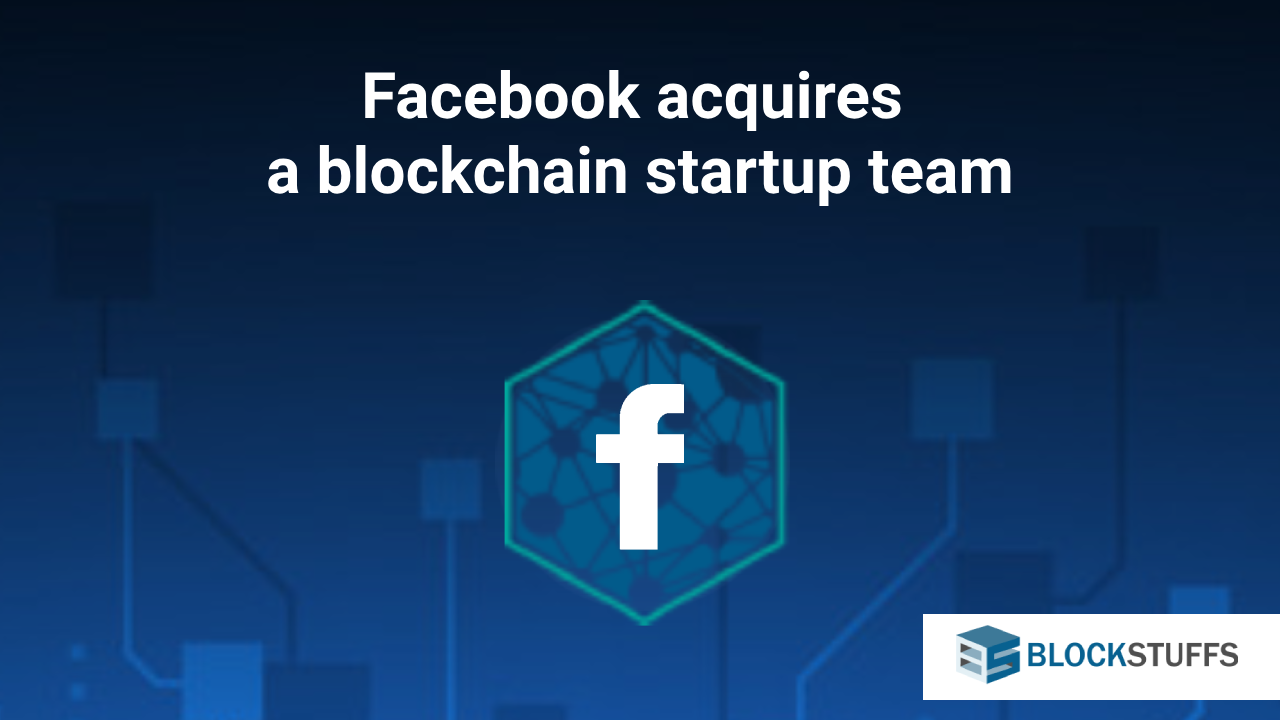 The largest social media giant, Facebook has reportedly acquired the team behind Chainspace, “a planetary scale smart contract platform”, according to the news posted in financial news outlet Cheddar.

This acquisition move by Facebook is popularly known as an acqui-hire in Silicon Valley. It is understood that the startup was building a smart contract that enables as well as improves the speed of the traditional transactions through blockchain technology. This initiative is speculated to have fascinated Facebook.

Chainspace is a small blockchain startup company founded by University College London’s researchers. It is a decentralized application platform similar to Ethereum but is still in the initial development phase.

After the release of the whitepaper, the company was in the process of raising the funds of $2.5 to $3 million when its key members were acquired by Facebook. Chainspace was previously backed by Lemniscap, MW Partners, KR1, and many others.

Meanwhile, the key personnel of Chainspace has even updated LinkedIn profile indicating that the startup is now working for Facebook. The co-founders of Chainspace George Danezis, Shehar Bano, Alberto Sonnino have listed themselves as  “Blockchain researcher” at Facebook as of February 2019.

Similarly, the Chainspace website recently updated their team profile as “moving into something new” and now the company is believed to have shut down as Facebook has hired most of its founders.

This acquisition clearly indicates Facebook’s ambition towards the blockchain revolution. Apart from this, it is aggressively recruiting academicians, product manager, engineers, legal advisors, experts with experience in cryptocurrency and blockchain technology. The source believes that currently, more than 40 people work in the blockchain division of Facebook and this number is certain to increase in the near future.

Though Facebook has been creating the buzz in the crypto market for a long time, its motive is not clear yet. Every blockchain enthusiast has their own speculations on whether it is building its own crypto or transforming its platform for blockchain technology.