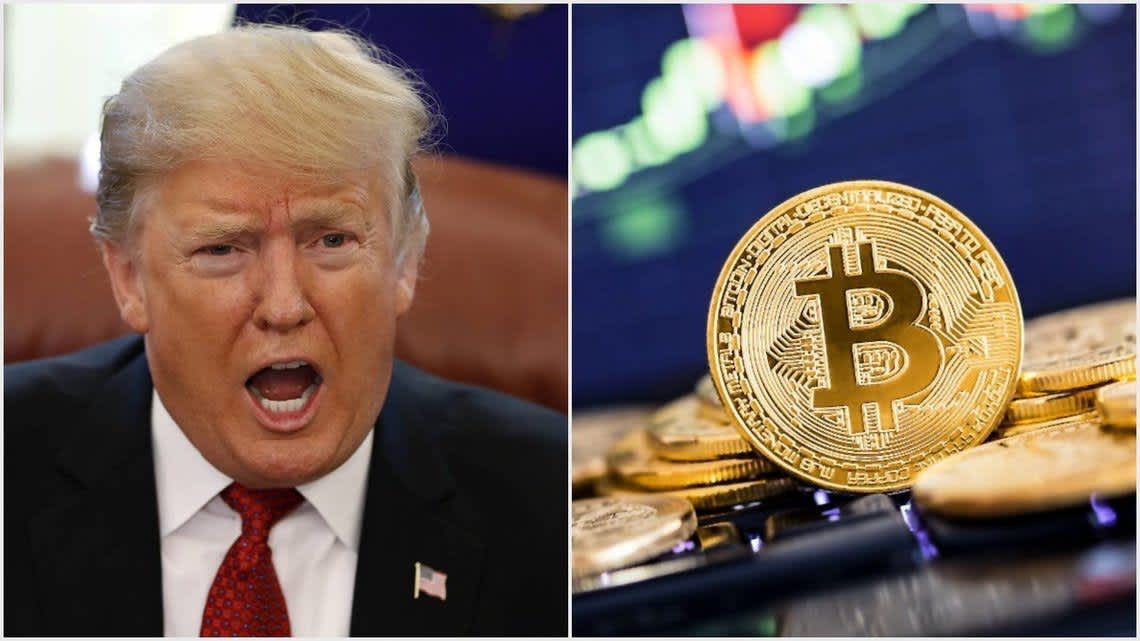 Donald Trump Finally Tweets About Bitcoin, and He’s Clearly Not a Fan

U.S. president Donald Trump finally expressed his views on Bitcoin and cryptocurrency, and the POTUS is not a fan.

I am not a fan of Bitcoin and other Cryptocurrencies, which are not money, and whose value is highly volatile and based on thin air. Unregulated Crypto Assets can facilitate unlawful behavior, including drug trade and other illegal activity....

In his recent tweet, he claims that cryptocurrencies are not money given that they are highly volatile and moreover they tend to facilitate criminal behavior.

“Unregulated Crypto Assets can facilitate unlawful behavior, including drug trade and other illegal activity,” he said.

In subsequent tweets, POTUS continued his tweetstorm by taking a shot at Facebook’s Libra currency, saying it “will have little standing or dependability” and suggesting U.S. regulators would subject the social media giant to regulation.

Trump has criticized Facebook in the past for its actions in banning right-wing figureheads, alongside other social media outlets. To date, however, he has not discussed Facebook’s cryptocurrency plans. The company first publicly released its white paper and supporting documentation for Libra last month.

As reported by U.Today, many experts have observed that Libra poses a direct threat to fiat currencies, which explains why it appeared in the crosshairs of many politicians and regulators around the globe.

While criticizing crypto, Trump had a lot of praise for the US Dollar, which he calls “dependable and reliable.”