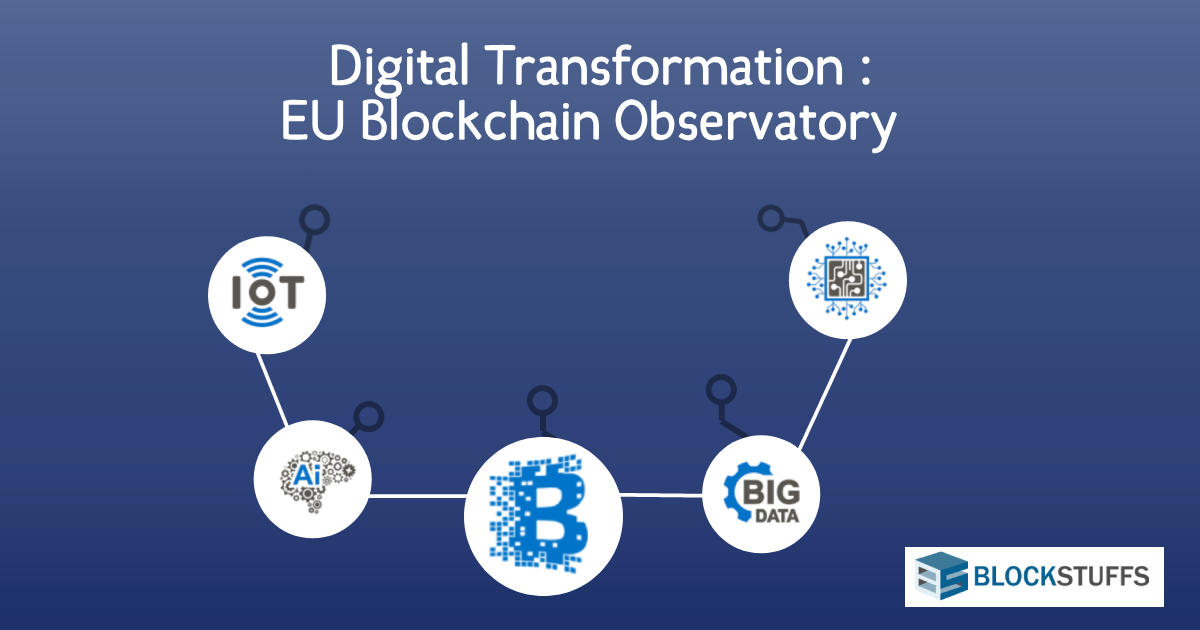 The European Union Blockchain Observatory and Forum released a report titled “Tokenization of physical assets and the impact of IoT and AI. ”

The report was authored by Dr. Tim Weingärtner, a professor at Lucerne University of Applied Sciences & Arts – School for Information Technology which discussed the term  “Digital Twin”, referring digital replica of the physical world.

The document discussed Blockchain technology as a key player for Digital Transformation and highlighted its core features like trust,  identification, and tokenization of physical objects.

Firstly, the document discussed the Blockchain based smart contract could provide a tamper-proof computational environment for automatic execution of financial sector through the use of cryptocurrencies.

Secondly, It explained how Physical objects could be mapped on the blockchain using the concept of Tokens.the importance of token and citied Ethereum Blockchain as the most important platform for today for the creation of Tokens were noted. The author explained its preference based on the potential of programming language, the larger community base, working implementations, and existing code examples.

Finally, the applications of Internet of Things and Artificial Intelligence were described for bigger picture visualization. According to the author, the combination of IOT with Blockchain introduces trust into the system. It would be a great asset for supply chain management,  trust increment, data trade, identity management and automatization enabling the overall economy to grow.

Similarly, Blockchain and AI integration would assure its authenticity, audit smart contracts and explain AI decisions, the report argues, instead of only democratize data.

In March, They did a similar kind of research for or a blockchain-based digital identity system and digital versions of national currencies.