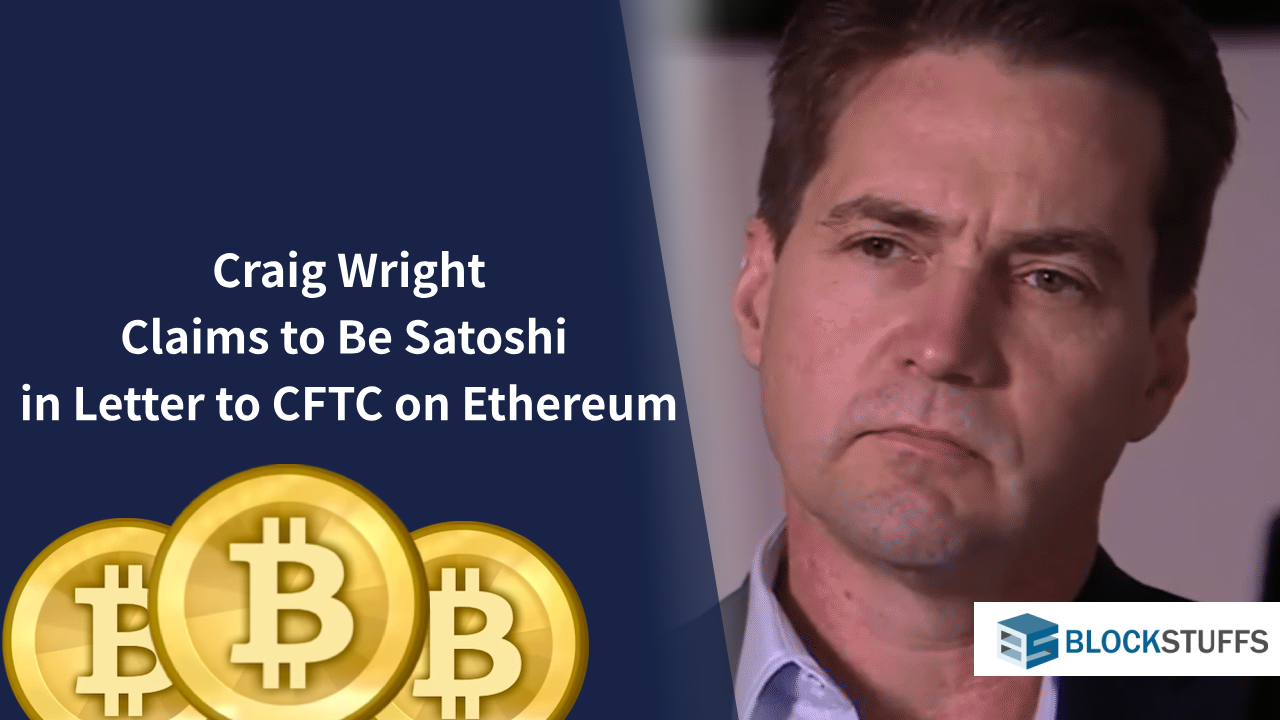 Craig Wright Claims to Be Satoshi to CFTC on Ethereum

The US Commodity Futures Trading Commission published a request on 17th December that invited the public for the feedback  “to better inform the Commission’s understanding of the technology, mechanics, and markets for virtual currencies beyond Bitcoin, namely here Ether and its use on the Ethereum Network”. Responding to this, the Australian entrepreneur said,

“Ethereum is a poorly designed copy of Bitcoin, designed with the purpose of completing the promise of smart contracts and scripting that were delivered within Bitcoin but which were hobbled by the core developers of Bitcoin who sought to enable anonymous transactions to exist within the system.”

He further argued the governance model and said, “controlled by one central group, who uses misleading statements saying that they are decentralized to cover up the fraudulent creation of digital security”.

He not only provided negative comments on Ethereum, but he also claimed to be Bitcoin’s pseudonymous inventor, Satoshi Nakamoto and said,

“My name is Dr. Craig Wright and under the pseudonym of Satoshi Nakamoto I completed a project I started in 1997 that was filed with the Australian government in part under an AusIndustry project registered with the Dept. of Innovation as BlackNet.”

He further stated that the reason he revealed his identity of being Satoshi is because of the misunderstanding created and fallacious information propagated concerning to the Bitcoin.

This is not the first time he has self-claimed to be Nakamoto. He has been doing this since 2016 whereby he revealed himself through his twitter account. Similarly, he was seen introducing himself as Satoshi Nakamoto in a different conference. However, he was unable to provide adequate evidence to prove his claim.

This letter might be associated with the revenge factor as Ethereum’s inventor Vitalik called Wright a “fraud” during a South Korean event.

Currently, Wright is fighting for a lawsuit alleging that he misappropriated billions of dollars worth of Bitcoin from his former business partner of an estate. He was sued by Ira Kleiman, brother of his real estate partner Dave Kleiman who died through MRSA infection.

What do you think? Do you believe Wright is the real Satoshi, let us know in the comment section below?