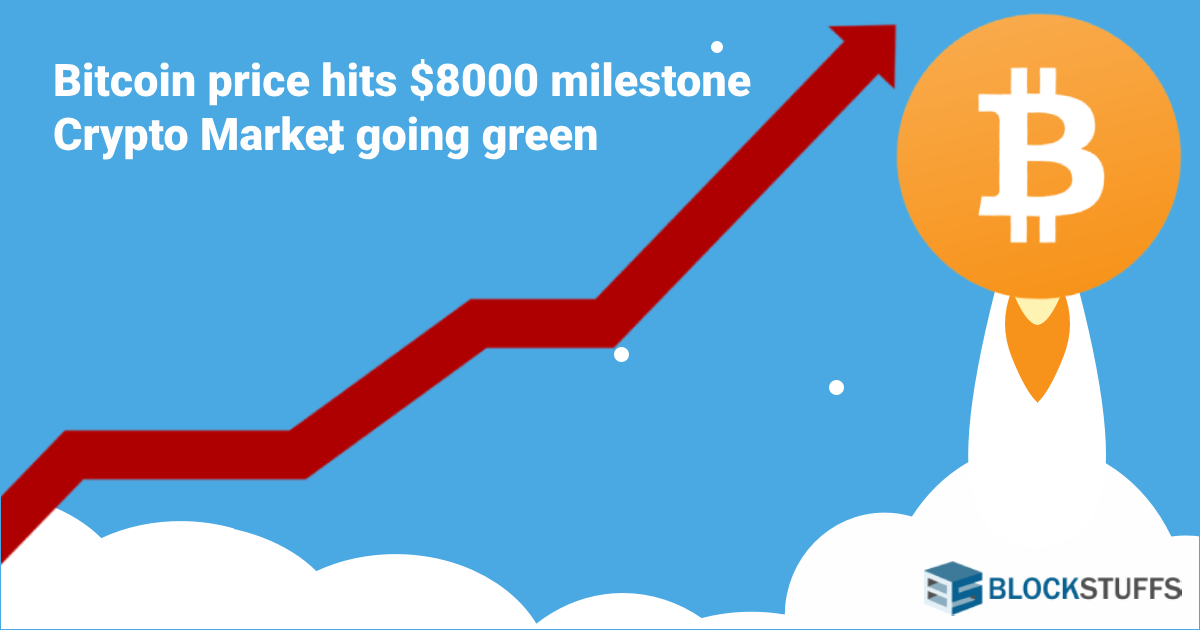 Bitcoin price has extended its $8000 mark for the first time since late 2017, whereby the cryptocurrency value was nearly $20,000.

Bitcoin is breaking symbolic price barriers every month and is experiencing a quick pace each time. Bitcoin took only 24 hours to reach from $7,000 to $8,000. However Bitcoin on a wild run since May.

Bitcoin hasn't traded this high for a long time.

Even though the price started to soar after March, Bitcoin exploded in May. If we analyze the recent price, Bitcoin gained 55% in the past one month.

According to independent, CoinCorner, one of the British-based bitcoin exchange has witnessed an unexpected increase in interest in bitcoin from traders and investors over the last few months.

"Since the start of 2019, we've seen increases in our volumes and sign-ups at CoinCorner, likely caused by the bitcoin price rising at a steadier pace"

It is still a mystery to find out the actual reason behind Bitcoin's surge in recent weeks.

Although Bitcoin's current value is gaining the attention of cryptocurrency enthusiasts, many believe this digital currency still has a long way to go.

What do you think? Will bitcoin beat its highest? Drop your comments below.