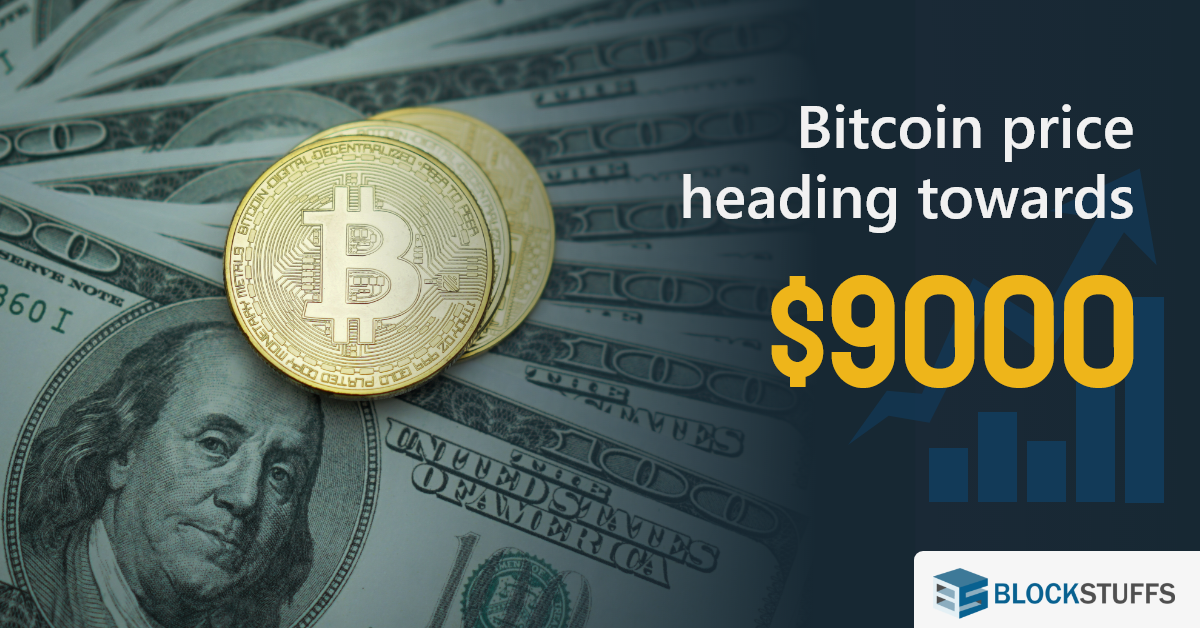 The king of the cryptocurrencies had reached a new yearly record, as well as a new 2019 high after breaking up the $8800 and heading towards $9,000.

Following Bitcoin, altcoins are in the green during the trading session in Asia and Bitcoin has led them up as it pumps towards $9,000.

Ethereum is up slightly more than 7%. Ripple’s XRP is holding at its recently achieved high of $0.4 and seems to be aiming higher.

The price of Bitcoin has a hit a new yearly high of just over $8,900 in another epic rally following the similar one that occurred two weeks ago.

Over $25 billion has been pumped back into digital assets over the past day as markets reach a new 2019 market cap peak of $272 billion. Crypto capitalization has not been that high since July 2018 when things were on a downward slide. Bitcoin is now up by an incredible 130 percent this year, with the majority of those gains made in the last two months.

Bitcoin looks like it will hold $8,700 for now but many analysts see the next potential level on the upside to be around $9,500 in the medium term. The previous high of $8,388 will now offer a strong support point should a downtrend ensue, with the psychological $8,000 level offering further support below that.