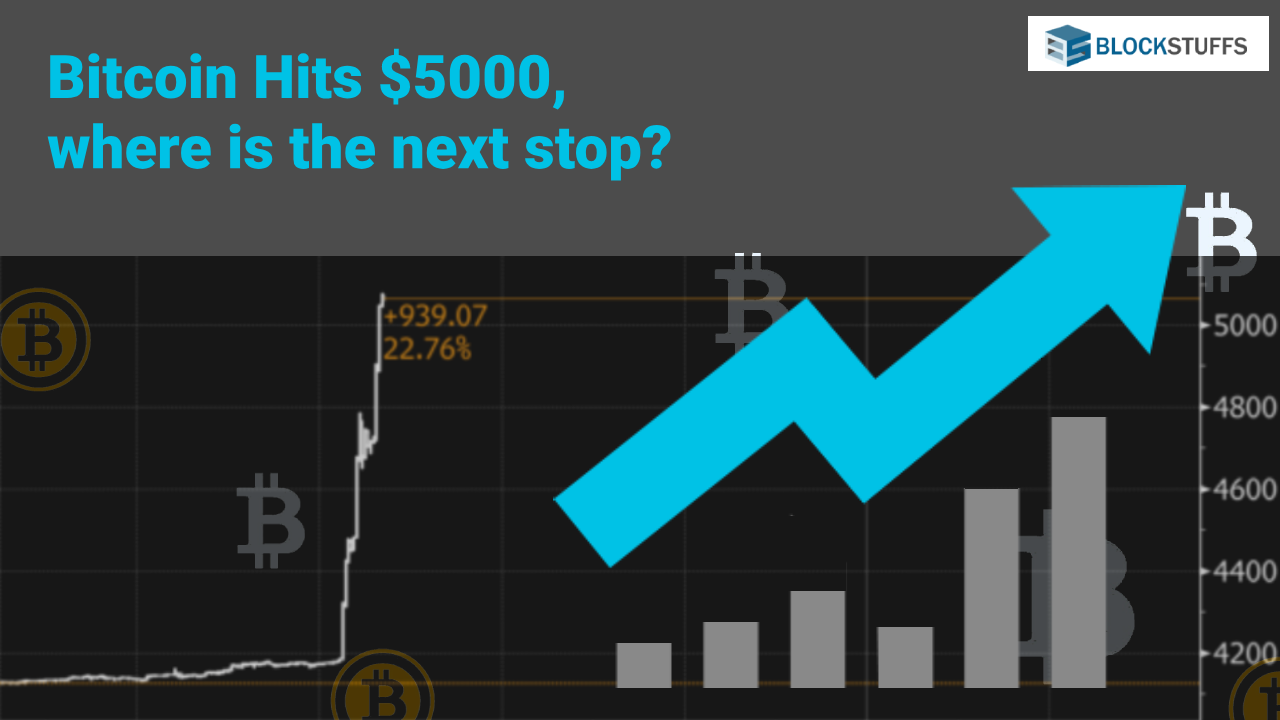 After being relatively calm at around $4200, Bitcoin had achieved a huge advancement to the upside hitting $5,106 at BitMex for the first time since November. This implies 22% increases in the course of the few last hours and the total market capitalization exceeded with $12 billion.

A simple glance at the price stable shows that most of the top-twenty altcoins have surged around double-digit growth turning the whole the whole market green.

We can see that after spiking higher, the market pulled back slightly but some cryptocurrency trading experts predict that it’s not the end of this craze price surge, and there is a possibility that we could see Bitcoin’s increase in upcoming days.

“ The fact is that 2019 is turning out to be a good year for Bitcoin. We have three consecutive months of gains as shown in the chart below. This is the first time we have this trend. These three consecutive months have more momentum in terms of price action compared to the last three months of 2018. What could also attract retail money is the fact that we have six consecutive weeks of gains, a trend not seen since the price made an all-time high.”

Despite the dramatic price move, Bitcoin is still more than 75 percent below its all-time high of almost $20,000 in December 2017.