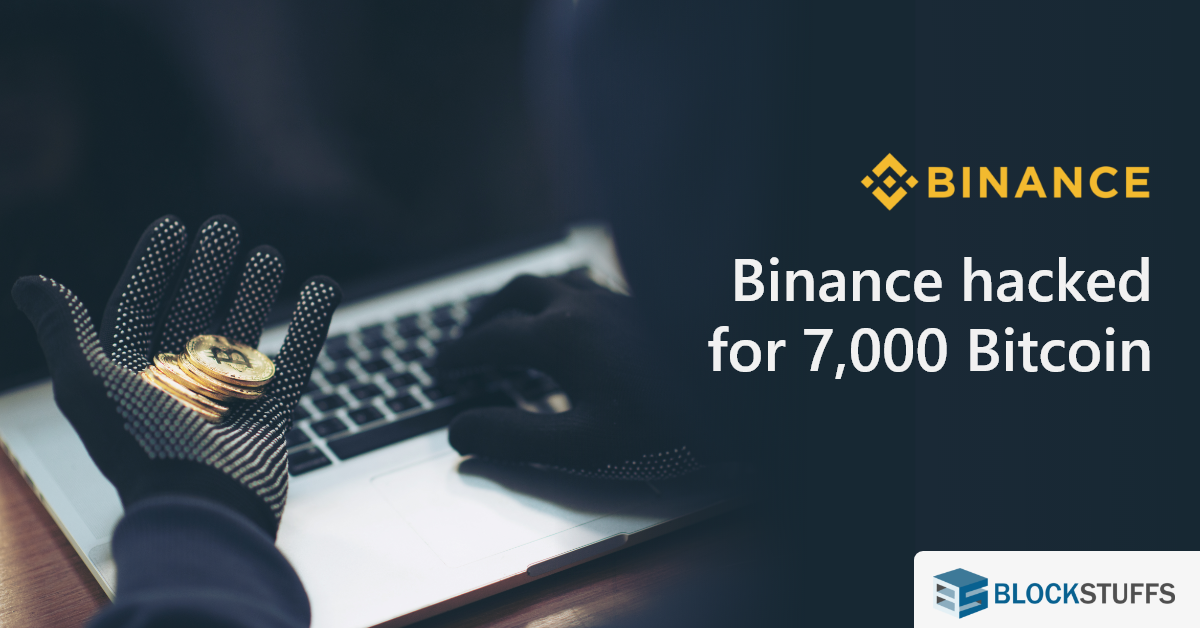 Today in crypto world Binance, one of the world’s biggest cryptocurrency exchanges, has been hacked for around 7000 bitcoin equivalents to more than 40 million USD, here is the transaction history.

In a statement, the company said hackers stole API keys, two-factor codes and other information in the attack. The hackers used multiple techniques, including phishing attacks and computer viruses to get at Binance and its hot wallets, where it keeps funds to manage the day-to-day operation of the exchange.

Binance said the theft occurred from the company’s so-called “hot wallet,” which accounts for about 2% of its total bitcoin holdings.

Binance estimates the review will take a week, during which time all deposits and withdrawals will remain suspended, while trading will continue to be enabled to allow investors to adjust their positions. The hackers may still control some user accounts and may “use those to influence prices in the meantime,” the exchange said.

Binance has reassured customers that their money is still in their accounts following hours of speculation that the cryptocurrency exchange had been hacked.

The Exchange has vowed to maintain transparency and hold accountability in the issue as well and will undertake a security review to determine what went wrong and what can be fixed.