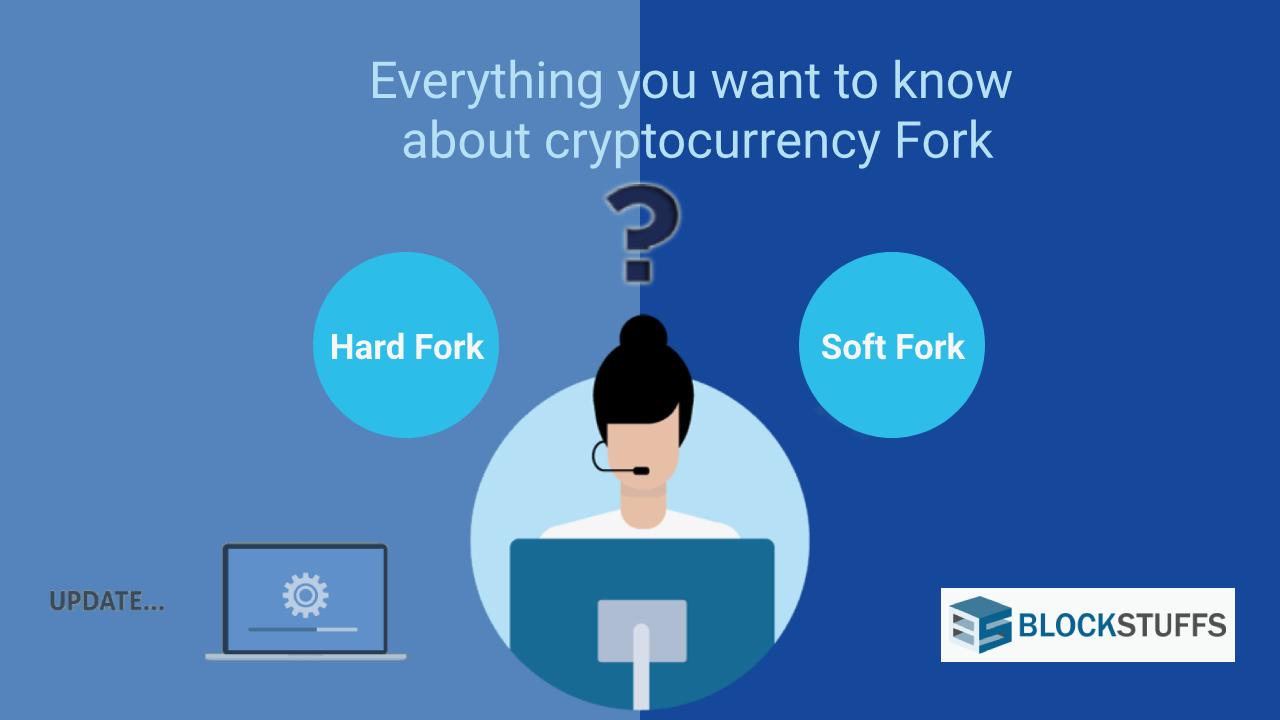 Everything you need to know about cryptocurrency Fork

This is a guide to explain the queries related to cryptocurrency forks: What is a fork, hard fork, and soft fork? Why does it happen? How important is it?

This is a guide to explain the queries related to cryptocurrency forks: What is a fork, hard fork, and soft fork? Why does it happen? How important is it?

Before proceeding to the analysis of Hard Fork and Soft Fork, let's understand the basic technical technology related to Fork.

What is Cryptocurrency fork?

Cryptocurrency came into existence in 2008, and this technology has been constantly evolving and lots of possibilities are yet to be discovered. There might be certain errors in the code or in the system operation that needs to be solved. This is where fork comes as a rescue.

In simple words, Fork is just a fancy name for a software or protocol update.

There are two types of programming Fork:

A soft fork comes with minimal intervention in the existing technology, it introduces updates to the existing protocols. With Soft Fork, a new version of the software which is both compatible with each other is created. A user who doesn't support the innovation can still use the previous version but the new functions are not available.

A soft fork is generally done in case of minor updates in the code. Usually, the network simply rolls back a few blocks and makes all the necessary changes in the code. However, the consent of the majority of the network participants is required before implementation of Soft Fork.

BIP 66: A soft fork was done for Bitcoin’s signature validation

A hard fork is used for major changes. In fact, the rules are altered so drastically that it results in a split of a single cryptocurrency into two versions.  One version works according to the previous principle while others work as new rules and protocols set by the hard Fork.

A hard fork is used for the major changes, so it is quite rare. They attract the close attention of the public forcing them to choose sides. It is the most efficient way to upgrade the network and increase its security.

Ethereum has gone through five hard forks including the well known DAO hard fork that results in chain split and the emerging Ethereum Classic coin.

Hard Fork can either be planned or controversial, there are different types of hard forks:

Let's have a detail about each of them

A planned hard Fork is a protocol upgrade that exists on the project’s roadmap since the beginning of the project. This upgrade enhances the entire blockchain capabilities and features headed as per the core developers. This kind of fork requires a majority of consensus from the network’s participants as the previous version doesn't make any sense for anyone to support it. So all the participants on the network voluntarily upgrade their software to the new version of the chain.

Some examples of Planned Hard Forks:

Byzantium occurred in October 2017  for better stability and integration of the private transactions. It was the first phase of Ethereum’s blockchain base two-phase upgrading plan.

Segwit is an example of hardfork, it was added to the Bitcoin protocol in 2017.

This Hard fork occurs when there is disagreement within the community which results in a portion of them to create new chains (in their perspective, a better one ) and implement the changes they want on their own chain.

Bitcoin Cash was created as a new currency after Bitcoin was hard-forked. As a part of better scaling of Bitcoin, a portion of the community initiated a hard fork whereby its block size was increased from 1 MB to 8 MB. This allowed the reduction in user’s fee and minimized the bottleneck of Bitcoin's network increasing the transactions process.

Ethereum went under the Decentralized Autonomous Hack and hard fork was done in order to reverse the effects of DAO. During this hard fork, only a minority portion of the community was against the fork trying to preserve the nature of the immutability of the blockchain. However, the majority of the Ethereum’s core developers went ahead with a hard fork, due to which they retained the original ETH symbol. Those minority that stayed behind and didn't upgrade the software are now called Ethereum Classic or ETC.

As Bitcoin is open source, any individual can make changes in it and create a new coin with extended features. But it is not easier to make changes to the blockchain software.

Some Examples of Spin-Off Coins:

Whether soft fork or hard fork, Forking increases the security which is one of the core value of any open-source cryptocurrency. Although there exist many controversies of forking especially hard fork in the crypto community, however, the idea of fork provides a voice to the investors and miners in the case of any disagreement with the coin’s development team.

What are your experiences with forking? Let us know in the comment section below.