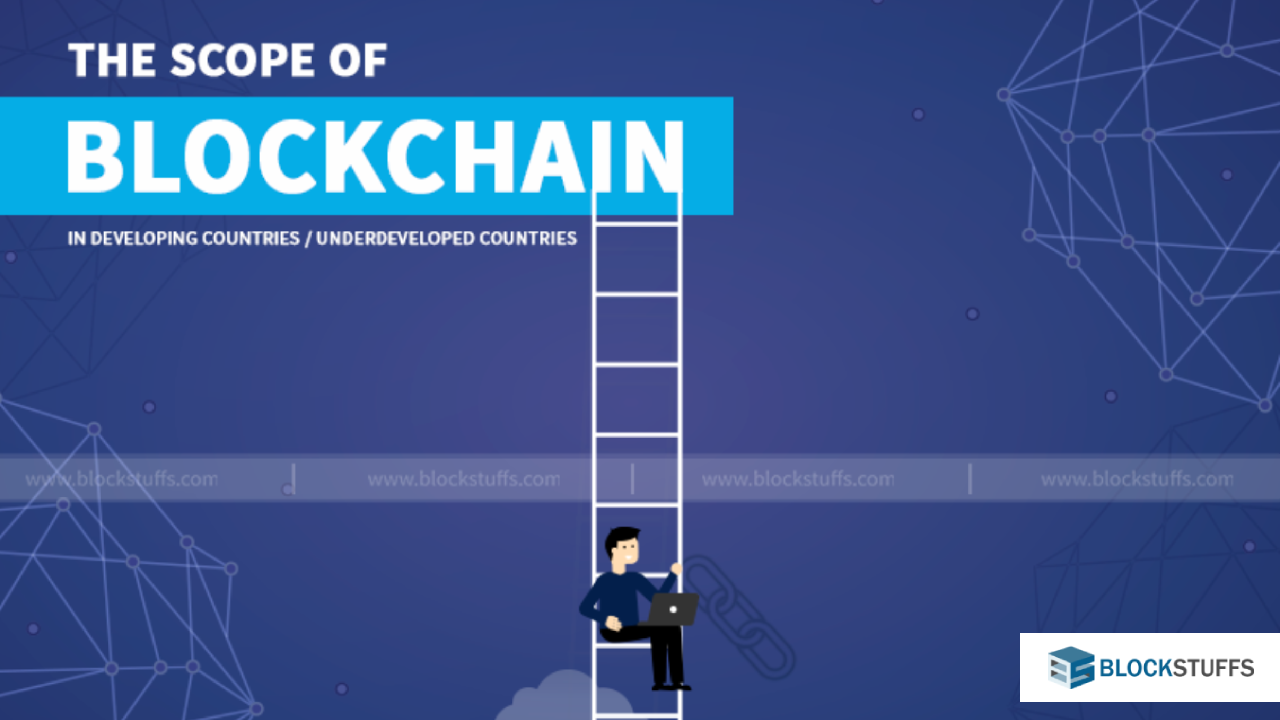 Scope of Blockchain for Socio-Economic Transformation of Developing Countries

This article discusses how blockchain technology can solve the key problems of developing countries and address the issues related to corruption, remittance, election Process, banking Services, and Energy sector.

Flood, famine, disease, poverty, conflict, scarcity of basic resources like water and electricity are the most common problems of the developing countries. These are mainly caused by the higher level of corruption and inflation. Lack of transparency in transactions of all kinds of data has hampered these nations more than expected.

Blockchain is an emerging idea in the technology realm that can positively impact developing countries. It is a digitized, decentralized public ledger that provides improved security, transparency, immutability, and decentralized transactions thus can be a valuable tool in the fight against corruption, one of the major obstacles to the development of such countries. It can be capitalized to address problems created by institutional weaknesses and poor governance in developing countries.

Implications of Blockchain to tackle common problems of developing countries

While the rest of the world is fast-paced with a lot of technological advancements, most of the third world countries still face a lot of basic issues that need to be solved. We have discussed below how blockchain technology can help solve the key problems hindering socio-economic transformation of developing countries:

Among many other problems faced by developing countries, political instability and poor governance are the common causes of corruption. It has driven some countries into major economic crises. Since there is no reliable way to find out the actual detail of the transactions, many corrupt government officials steal the development funds which were meant to contribute towards economic development.

With the implementation of blockchain in these areas, a citizen could easily monitor the utilization of state funds into the development projects. Similarly, transparency is maintained through this technology that could establish trust between the societies and the government which ultimately helps to fight against corruption.

The global remittance system survives entirely by the citizens of developing countries who are immigrants in developed countries. There is a lot of intermediary services like Western Union, Moneygram, Uni transfer through which millions of immigrant workers send money back to their home. All these platforms collect fees and charges which significantly increase their transaction cost. Often, the transaction charge is 10% or more. According to research published by the World Bank, the remittance of the developing countries was about $441 billion in 2016. Among which more than half was recorded as a global remittance.

Blockchain is a public ledger that stores the transaction history efficiently. The transaction requires less time to process and the expensive intermediary is also removed. The transparency and decentralization feature provide by blockchain technology could be used to verify and record every executed transaction making it safe and reliable.

Different banks and fintech companies are exploring the use of blockchain technology for the cross-border payment. Blockchain, typically cryptocurrency solves the cost of remittance that drastically reduces the hassle of money transfer. Blockchain-based digital currency with cross-border transactions allows proficiency, efficiency, and speed. This would eventually reduce remittance cost and benefit immigrant workers and their families in developing countries.

One of the key principles of democracy is based on the election and the right to vote of every individual. However, the election process of the developing countries suffers largely from partiality to certain electoral bodies.

Currently, people are allocated to the voting booth during the election. While the people could be easily influenced through cash and the entire votes could be altered. Blockchain has an enormous potential of recolonizing the election process in developing countries as it is not controlled through a signal person, group or machine.

The world is already seeking the need for online voting as an alternative to paper ballots or the electronic voting machine. Blockchain could determine the eligibility of different authorities to vote and the user could get the token/key on the basis of the information provided. The token could track the votes to be cast only once. The decentralized voting could help in conducting the election fairly as voters could easily form a node in the system.

Blockchain technology makes sure the developing countries have fair and free elections and ensures the freedom of citizens to exercise their civil rights. It could be used to increase voter participation, reduce election violence and makes a secure and reliable election.

According to the World Bank, about 28% of the world’s population neither have bank accounts nor any access to banking service. The current limitations faced by the banks and financial institutions in the developing countries can be solved using blockchain technology. Most of the remote places of the developing countries lack access to banking. Blockchain eliminates the physical presence needed thus largely benefiting those living in remote areas.

Currently, financial institutions require a lot of mediators for securing the money which is making the banking industry more expensive. The involvement of many parties in the same system increases the chances of error and fraud. The decentralization solution offered by blockchain could assist in transparency among the users.  Harvard Business Review claims Blockchain will do the same to banks as the internet did to the media.

Also, Services such as Identity verification in order to create a digital identity can be implemented on the blockchain network. Banks are investing a lot of time in updating the Know Your Customer (KYC) data into a central registry which could be used for identifying the existing user. With the proper blockchain based system, the identification of a client could be used by another bank or any other financial organization. This could reduce the potential threat and fraud.

We can already see some implementation of blockchain technology in banking service through Everex, OmiseGo, and Humaniq.

Another problem of developing countries is the limitation of reliable and affordance energy sources. According to the International Energy Agency (IEA), over one billion people lack access to electricity. These include areas across Asia and Africa. These countries are bound to depend on the utility companies for establishing a trade relationship with the neighboring countries. The distribution of energy is currently bottlenecked by large centralized government agencies and NGOs.

Blockchain avoids this dependence on those companies and enables easy access to the energy supply. Also, using an energy ICOs, the cost of the energy can also be reduced. The energy grid allows finance and accelerates global clean energy production.  Ultimately, the need for centralized external companies is reduced which benefits the energy producers and the consumers to a large extent in the developing countries.

Read more at Blockchain and Energy: A sneak peek into what's happening around the world

Blockchain Technology is here to stay. It is indeed a groundbreaking innovation that offers all kinds of solution for the prosperity and the economic development of the developing countries. It will surely be interesting to find out to what extent developing countries apply this revolutionizing technology.