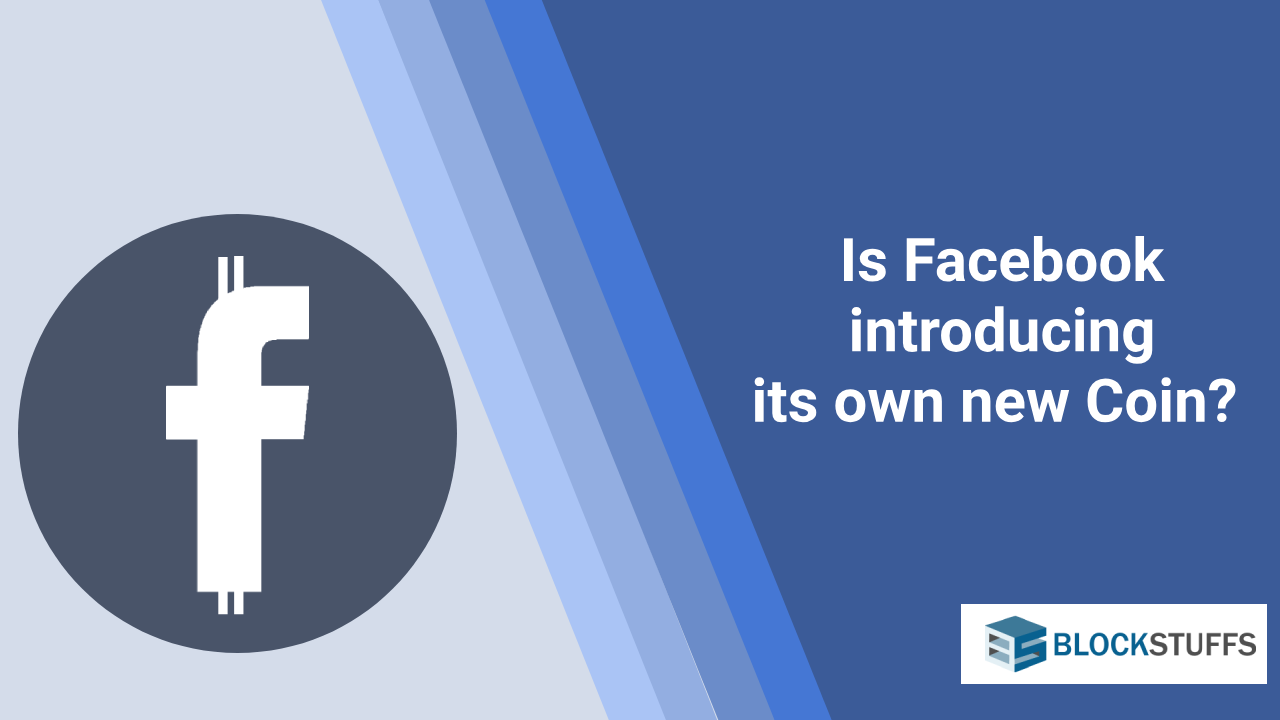 Facebook is exploring different ways to leverage power in blockchain technology. Many blockchain enthusiasts also believe in building Facebook’s own crypto or transforming its technology platform. Through this article, we are trying to analyze if Facebook is introducing a new coin.

Facebook is undoubtedly one of the most powerful companies in the world. With newer and better technologies emerging everyday, every tech company wants to adopt these innovations. And, Facebook is no exception.

Blockchain and cryptocurrency are one of the recent innovations believed to disrupt the new era.  Although technology is still in the ametuar stage, most of the companies want to establish themselves as the early adopters and are exploring it at the rapid rate.

IBM and Microsoft have been exploring blockchain for a long time, and Facebook has put the serious thought on the blockchain applications. Through this article, we are trying to analyze if Facebook is really introducing a new coin.

Facebook had adopted virtual currency before as well. It offered Facebook credits, which was used for the in-app purchases in games like Farmville. However, the currency was never explored further and eventually took off and was eventually abandoned.

Facebook is exploring different ways to leverage power in blockchain technology. Many blockchain enthusiasts also believe in building Facebook’s own crypto or transforming its technology platform.

A well-known tech and business video news network, Cheddar reported that social network is “ very serious regarding the creation of the virtual coin giving a tough competition to the cryptocurrencies.”

Similarly, Mark Zuckerburg published a Facebook post on January 2018 whereby he showed his interest in cryptocurrency and made a statement saying:

“I’m interested to go deeper and study the positive and negative aspects of these technologies, and how to best use them in our services.”

Facebook has a very successful history in planning strategic acquisitions. One of the famous acquisitions is Instagram, WhatsApp, and Oculus Rift. Recently, Facebook acquired a team from a blockchain startup Chain Space. The startup was building a smart contract that improved the speed of traditional technology through Blockchain.

It is believed that more than 40 people work in the blockchain division of Facebook and the number is expected to increase in days to come. Although this number is small, this team includes some of Facebook’s best executives according to the news from Recode.

Although official spokesman on several media outlets has been acknowledging that Facebook is exploring different ways to leverage the blockchain technology without saying anything about a currency. However, to our knowledge the small team will be researching on many applications, however, denied sharing more on the actual use cases.

Currently, Facebook depends on PayPal for the payment system. Facebook with its own coin could be used inside Facebook for making the transaction easily. It could be used as online money. Currently, many businesses run through Facebook. With the introduction of Facebook coins, the hassle would reduce for sure.

There have been different news about Facebook utilizing its fund to empower payments inside the Facebook platform. The possible coin is imagined as a stable coin, whose values would affect the economy flow into Facebook’s stock price. Stablecoins are the crypto coins whose value are categorized to official existing cash or security, unlike bitcoin and Ether which are highly influenced by third factors.

The facebook coins are expected to have the highest circulation among any other virtual currency, with a potential market of over two billion users. There are only around 23 million bitcoin wallets and around 33 million Ether wallets

According to New York Times, the company is working on building a coin that could be used by WhatsApp users for instant transaction among their friends and family.

However, Facebook has never directly addressed its vision related to digital coin nor the blockchain technology. With all the speculation going on among the blockchain and crypto enthusiasts, we can expect a Facebook coin in the future. If these rumors are to be true, it might take several years before Facebook money becomes a reality. We will surely find out in the future soon.

Similarly, ambitious initiatives like such would certainly create enthusiasm among different tech giant to go with the same pattern and create their own digital currencies in the near future.