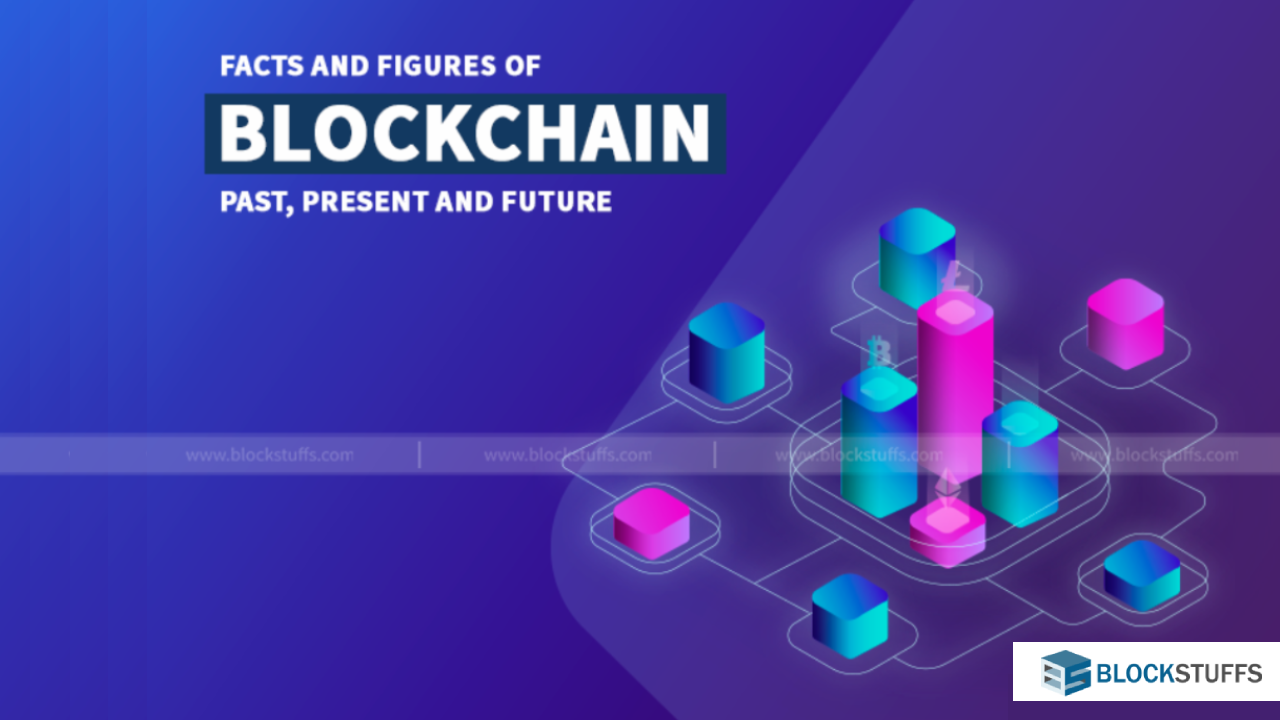 Facts and Figures of Blockchain: Past, Present, and Future

This article explains the entire path of evolution along with a hidden potential of the technology with facts and figures.

Bitcoin, the first cryptocurrency, started the blockchain era and enabled the digitization of the assets. Due to its endless application, it is now embraced by several other industries and businesses. It provides the ultimate solutions to the concerns of accessibility and security.

Blockchain technology is drastically transforming the use of the internet as well as revolutionizing the global economy. Furthermore, it is all set to disrupt the industries like banking and payments, supply chain management, cybersecurity, networking and IOT insurance, E-Commerce, and many other such sectors.

Here, this article explains the entire path of evolution along with a hidden potential of the technology with facts and figures.

When the internet was invented, no one thought it could connect people beyond geographical boundaries yet this happened in real time. Similar is the case with the blockchain technology. It was initiated by Stuart Haber and W. Scott Stornetta in 1991 with ‘cryptographically secure chain of blocks’. In 1992, these were incorporated with the blockchain technology in order to improve the efficiency and make a collection of several documents into one block.

However, blockchain gained significance only after the implementation of bitcoin by Satoshi Nakamoto. The domain name bitcoin.org was registered in 18th August 2008. Later, on 31st October, Satoshi Nakamoto published a paper titled Bitcoin: ‘A peer-to-peer Electronic Cash System’ transactions without relying on any trust.’ The bitcoin network came into existence on 3rd January 2009 when Satoshi mined the genesis block of bitcoin and was awarded 50 bitcoins. Today, Bitcoin is the most valuable cryptocurrency. Let's look at some of the past events associated with Bitcoin:

Since the birth of bitcoin, a lot of companies including giants like IBM, Wal-Mart, and Visa to small startups have started deeply exploring the blockchain technology. 2018  is regarded as the crucial stage of this technology as enterprises are planning to make a huge leap from the proof-of-concept projects to full blockchain deployment projects.

Till date, the International tech community is certain about blockchain being an emerging and the most important tech innovation of recent years. It has already brought a seismic range of changes in the tech world by easier data access, fraud control, and digitization of every sector starting from financial institutions and banks to retail, manufacturing and services sectors.

Analyzing the current trend, it can be assumed that there will be a huge investment in blockchain technology throughout the future as several industries are spending heavily in financial services and manufacturing. Likewise, there will be the promotion of new applications for creating new revenue streams and parallelly work on improving the efficiencies of the existing operation.

Here, we can find out some interesting facts from different sources:

To wrap up, Blockchain technology is here to stay. It is already surpassing all the other contemporary technologies and the buzzwords. And it is sure to reach the greater heights than ever before. Do you have any predictions on your mind regarding the future of blockchain technology? Let us know in the comment section below.